Seven months ago Binance didn’t exist. Since then, its 1.4 million-transactions-per-second capability have attracted 6 million users, making it the world’s largest crypto-exchange. “No decentralized exchange today can handle our volume, and none are as secure as we are,” says its founder, Changpeng Zhao, known as CZ. The market seems to buy it: Since its July initial coin offering, a Binance token BNB has soared from about 10 cents to $13, giving it a market capitalization of $1.3 billion. Zhao, 41, who wears a black hoodie, like some cross between Mark Zuckerberg and Steve Jobs, also owns the biggest stake in the coins.

The man who’s only indulgence is mobile phones (he owns three), sold his house in Shanghai in 2014 to go all in on Bitcoin and doesn’t own any cars, yachts nor fancy watches. Among the crypto-rich, Zhao falls squarely in the builder camp.

CZ was born in Jiangsu, China. Both of his parents were educators; his father, a professor, was labeled a “pro-bourgeois intellect” and temporarily exiled shortly after CZ was born. The family eventually emigrated to Vancouver, Canada, in the late 1980s. As a teenager, CZ pitched in to cover the household expenses, flipping burgers at McDonald’s and working overnight shifts at a gas station.

After studying computer science at Montreal’s McGill University, Zhao spent time in both Tokyo and New York, first building a system for matching trade orders on the Tokyo Stock Exchange and then, at Bloomberg’s Tradebook where he developed software for futures trading. But even after the 27-year old coding whiz was promoted three times in less than two years to manage teams in New Jersey, London and Tokyo, Zhao became impatient. So in 2005 he quit and moved to Shanghai to start his Fusion Systems, a company known for building some of the fastest high-frequency trading systems for brokers.

Then, in 2013, Zhao learned about Bitcoin from a venture capitalist with whom he played poker. He began bouncing around prominent crypto projects. He joined Blockchain.info as the third member of the cryptocurrency wallet’s team. As head of development for eight months, he worked closely with well-known Bitcoin evangelists like Roger Ver and Ben Reeves. He also worked at OKCoin as chief technology officer for less than a year, a platform for spot trading between fiat and digital assets.

All the while, Zhao was thinking about starting his own pure play digital asset exchange that would not touch fiat currencies. Without the connection to financial institutions, the risks and regulatory complications that his former colleague Ver warned him about would be lower. But it wasn’t until last year when the ICO boom gained steam and volume began to soar, that he decided to make his move.  The $15 million he raised in Binance’s 200 million token crowd-sale last July caught Bitcoin’s breathtaking ascent perfectly.

Zhao’s recent relocation to the land of the rising sun, and then to Formosa has meant some changes. Binance’s trading volume is no longer dominated by China. Today, 38% of Binance’s users are in the U.S. Its second-biggest market is Japan. Because Binance didn’t have a record of scaling business in Japan, the company’s ability to sign a lease on a large office was limited. “We were growing so fast… they say the taxes you paid last year is not going to be able to cover one month of rent.”

So Binance was forced into a space with only room for small work stations crammed next to each other. “We have desks right outside the toilet,” declares Zhao. At the time this issue goes to print, he’s broadcasting to his 33,000 followers on Twitter that Binance is hiring developers and customer support staff in Taiwan. CZ says he plans to double the size of his existing team to 300 in the next three to six months. 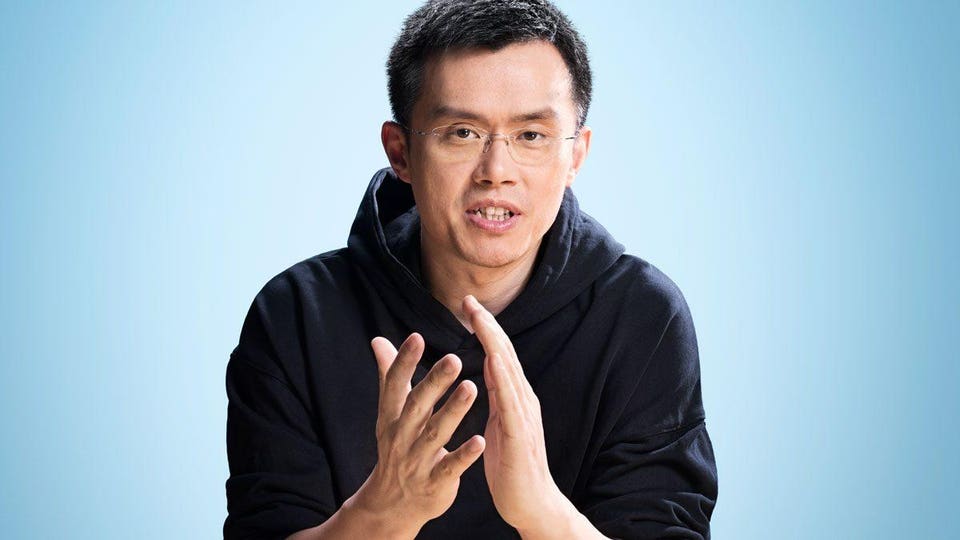 Binance now supports about 120 coins, working with 100 plus wallets and 240 trading pairs. “We’ve received over 5000 applications for coin listings,” boasts Zhao explaining that his team only welcomes projects that have strong credibility, user base, and liquidity. At 3%, the chances of getting in are lower than being accepted into Harvard.

In a nod to idealists—who believe the blockchain will reclaim an Internet co-opted by power-hungry behemoths like Google, Amazon and Facebook, and usher in digital innovation and prosperity, accessible to all—Binance has embraced community voting for listing tokens.

But make no mistake, builder Zhao, is in the crypto-gold rush to win. His trades are fastest and most reliable, and unlike most other coins, his offer real value to holders in the form of a 50% discount on trading fees. And as the biggest owner of Binance tokens his plan to use 20% of its profits every quarter to shrink Binance’s token capitalization by 50% will only move him higher on our crypto-rich list.

*All cryptocurrency/U.S. dollar conversions are as of January 19, 2018. 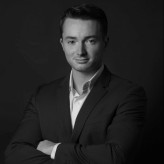